An Academic Exercise of Learning by Teaching

Teaching is not a unilateral affair at all. We, the teachers know the essence of the issue emerges when the stakeholders from the other side of table also make their presence felt. This blog records here about those teacher-student learning and teaching moments which enrich the whole process with more meaningful way.
Come and Cheer the learning by teaching and sharing.
(notonlyliterally@gmail.com)

Kulbhashkar Upadhyay
Mohandas Karamchand Gandhi, whom we Indians revere as ‘Father of the Nation’ is no more confined to India alone. His popularity and charisma is increasing with the passage of time and he stands tall, silhouetted, untarnished by time and tide as a world leader. The declaration of 2nd October, Gandhi’s birthday, as ‘International Non-violence Day’ talks about the popularity of Gandhian values in the world today. Not only the United Nations, but all the world leaders are united in their opinion about the need for Gandhian values in the present times. Dr. Martin Luther King had observed’ ‘…if humanity is to progress, Gandhi is inescapable. He lived, thought, acted and inspired by the vision of humanity evolving toward a world of peace and harmony.’ Barak Obama, the former president of the United States of America sees Gandhi as an inspiration and has the portrait of this apostle of peace in his office. Aung San Suu Kyi, the Burmese leader who was under house arrest for many years, derived a great deal of inspiration from Gandhi.
But what are Gandhian values? Gandhi firmly believed in the principles of ‘Satya and Ahimsa’ which he preached and practiced himself. ‘Satya’ compels us not to withstand a lie while ‘Ahimsa’ forces us to show another cheek to be slapped on if we get slapped once. He also preached ‘Satyagraha’ which again insisted on Truth. He followed very simple living and high thinking and propounded peace, tolerance, self-control and communal harmony. Now we live in a world with the perils of international terrorism, religious intolerance, ethnic cleansing and genocide.  If we ponder about the world conditions today, we would understand that there is a greater need for the Gandhian values today than in any other time. If we want to survive as a human race, we have to stand for peace and humanity as advocated by Gandhi. 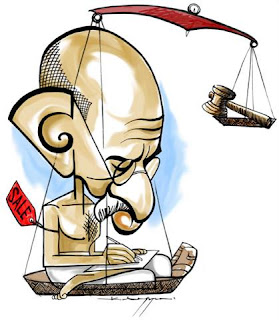 Gandhi successfully demonstrated that non-violence can be an effective instrument of social change. To get rid of social evils, Gandhi had undertaken a number of social movements which had transformed the Indian society and released it from the shackles of superstitions and fallacy. Women folk who were concealed behind pardha and burkha as per the social conditions and taboos of that time, could walk out of their houses and walk shoulder to shoulder with men only due to the efforts of Gandhi. His concern for the poor and downtrodden was immense and he called them ‘Harijans’, children of God. Religion, region, caste and language could not bind him to a particular place but he considered the whole country to be his home and all the people living in it his brothers and sisters.
Gandhi’s seven social sins are again a set of values that need to be inculcated in children right from their early childhood so that they develop moral values and the country could be saved from the clutches of these sins. We see that these sins have spread widely in the society today and are eating the very roots of our society like termites. We live in an era where politics has no principles, people want to amass wealth without work, in commerce there is no morality, people are educated without character, people seek pleasure without conscience, science has no humanity and worship is done without sacrifice. These are the basic sins that pave the way to corruption and India is under the control of this menace. Corrupt practices can be uprooted only by inculcating values in the young.  If the energy of the youth can receive honest and selfless motivation and direction from the elderly, then India can surely earn back the title of the "Golden Bird."  Gandhi’s vision should not be lost in religious and political fervors. It must be reorganized and reconstructed for a brighter and logical future.
Gandhi, during his time, involved the youth in activities and his message to them was always built around the two cardinal principles of truth and non-violence. He inspired the youth with his slogan ‘be fearless’ and taught them the value of compassion and willingness to sacrifice for their fellow brothers. He had well understood the significance of youth power that could be utilized in bringing about social change and very effectively he used the reservoir of energy of the youth during the freedom movement. Youth have more compassion and ideals in them which if properly channeled could be used to create an ideal society. Gandhi also gave emphasis to dignity of labor and used to work with the children and youth.
Gandhi’s views on education and his stress on ‘learning by doing’ could be well understood if we read about his ‘Tolstoy Farm’. Gandhian ideals need to be disseminated with renovated zeal, particularly amongst the youth, which would help them to transform the society with reinforced ideals.
Today, India faces more challenges from within the country than from the outer world. The common man today finds himself in similar conditions as during the British era. Most of the leaders and high officials are not at the reach of the common man and he slogs his day in utter poverty and misery. Corruption, is smiting the lives of the under privileged today like a silent killer. Though welfare policies are made, many are still deprived of the benefits. Today we live a life with constant adjustments to changing conditions which calls for a total discipline in all walks of life. It is also imperative to see that along with development, the democratic values of the country remain intact. The communal harmony and composite culture of the nation must be maintained while ensuring social justice and gender equality to all. If we are able to achieve this, we shall be helping in fulfilling Gandhi’s cherished dreams.
Gandhi left many valuable sayings for the modern man tom fight for goodness in the society in a non-violent way. In the words of Gandhi ‘Good travels at a snail’s pace, non-violence is a tree of slow growth. It grows imperceptibly but surely. Mere goodness is not of much use. Goodness must be joined with knowledge, courage and conviction. One must cultivate the fine discriminating quality which goes with spiritual courage and character. While studying Gandhi, it is important for us to not get stuck to his experiments that left negative impressions in the mind of the readers while reading his ‘autobiography’. Gandhi was the man of principles, he justified his every actions. He had every counter for the questions that were raised against him. If he would have been here, the world would have been a very different place. Being a mere student I could say this very confidently because he was a man who brought serious changes during the Brtish Raj when India didn’t even breathe the air of its choice. Now when India is free and had Gandhi been here the picture would have been very different. No issues his principles still very much exist so we should not only study them but should also practice them in our lives and should also try to preach others so that they may implement them on themselves and thereafter forming a chain.

(This essay is the outcome of a sudden class test in 'Gandhian Studies' paper conducted by Dr. Mehnaz Najmi, Department of Political Science, SHSS, Galgotias University. Article is put here in order to celebrate and appreciate the students' perspective.) 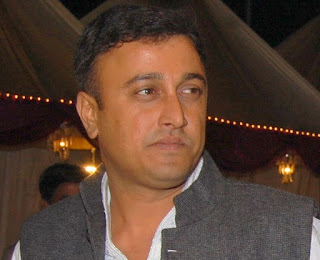 How to speak a language which represents the stature in the surroundings? Where to start- Grammar, Translation, or Vocabulary- a big question not only the learners but the trainers are also facing. Many of the outlets or better to say the English Speaking Shops are keen to sale their products in the form of packages like makemytrip.com, etc.. To save themselves from those promising packages, the mother starts to communicate their kiddos in English. It is something that we all take for granted. The English learning posters in the streets create complex in the mind. Indian languages are believed to be inferior languages. 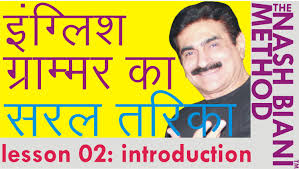 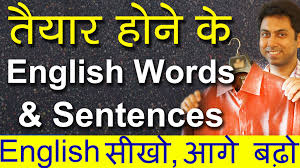 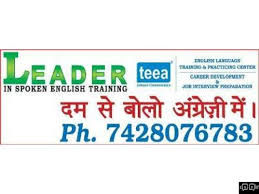 As a teacher, I personally visited many of the English Speaking Outlets in Uttar Pradesh and Bihar. During the conversation with the teachers, I realized that not only the learners but the teachers (Trainers) were also a bit confused. Ego (in the form of fear)- one of the main hurdles in English Speaking for the students whose native place is either Eastern U.P or Bihar. Their so-called Izatt (Ego) stop them to speak English. This can be my personal observation. After ego, the dilemma among grammar, translation, and vocabulary (word meaning) also deprives them to speak English.